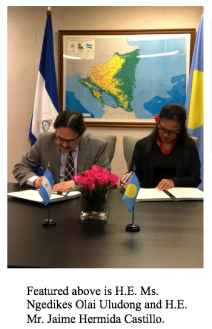 Both Countries agreed to further bilateral cooperation with interest in support at the United Nations in the bilateral and multilateral sphere, support for biodiversity beyond national jurisdiction Ocean issues, security of the pacific, climate change and energy as well as the need to balance conservation and tourism. 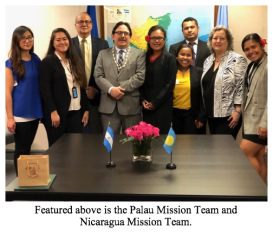 Nicaragua is a country in Central America, it is bordered by Honduras to the North West, Costa Rica to the South, the Caribbean Sea to the East, and the Pacific Ocean to the West. It is known for its dramatic terrain of lakes, volcanoes and beaches and the iconic stratovolcano Momotombo which sits north of the capital Managua. Nicaragua is a country of 6.21 Million and is a land that’s known as a renewable energy paradise. A vast majority of Nicaragua’s electricity comes from hydroelectric dams, geothermal plants and wind farms that lie on the shores of Lake Nicaragua which stretches halfway across the country. In the last decade, Nicaragua has made tremendous progress with their mitigation and ambition track in hopes to achieve their renewable energy goal of ninety percent by 2027.

This site uses Akismet to reduce spam. Learn how your comment data is processed.